Ques 1 – Locate and label any five of the following geographical features with appropriate symbols on the political outline map of India :

The state with highest level of urbanization.
The leading state in the production of coffee.
An oil refinery in Haryana.
The steel plant setup in collaboration with U.K.
An international airport in Assam.
The major seaport in Odisha.
The Headquarters of North-Eastern Railway.
Singareni coal mines.
Ans: 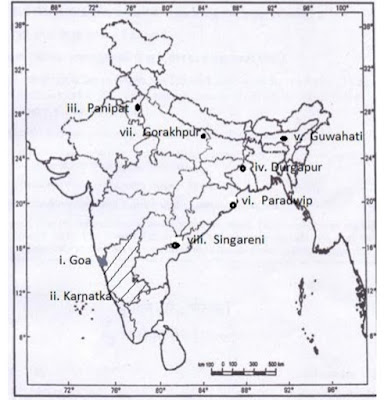 Ques 2 – Identify the five geographical features shown on the given political outline map of the world as A, B, C, D and E. Write their correct names on the lines drawn near them with the help of the following information : 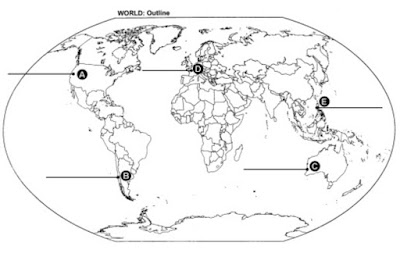 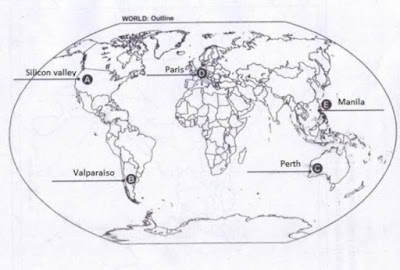 Ques 3 – On the given political map of the world, following five features are shown. Identify these features with the help of the given key and write them on the blanks marked A , B , C , D and E

A Mega city
A major sea-port
Grasslands of Africa with extensive commercial grain farming
An important Shipping Canal
Industrial region of the US.
Ans: 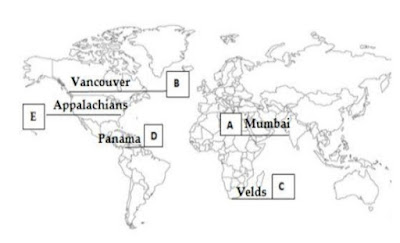 Ques 4 Locate and Label any five of the following on the given political outline map of India. 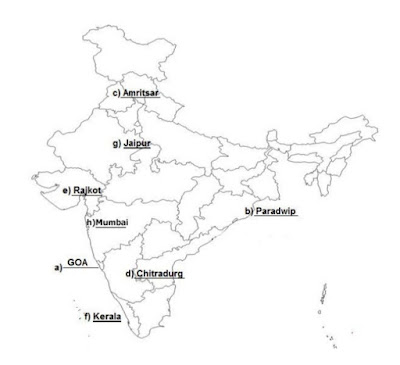 (22.1) A major tea growing state
(22.2) Mayurbhanj – An area of iron ore mining
(22.3) An important steel plant in Karnataka
(22.4) An international southernmost airport in Kerala
(22.5) A city with a population of more than ten million in North India
Ans: 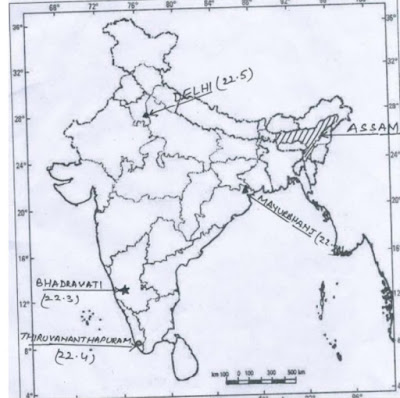